It’s a village in northwestern Corfu. Corfu has been suggested to be the mythical island of the Phaeacians, and the bay of Palaiokastritsa to be the place where Odysseus disembarked and met Nausicaa for the first time

Angelokastro is a Byzantine castle on the island of Corfu, Greece. It is located at the top of the highest peak of the island’s shoreline in the northwest coast near Palaiokastritsa and built on particularly precipitous and rocky terrain.

It’s a Greek small island near Corfu. Its prominent feature is a Byzantine chapel of Pantokrator, dating from the 11th or 12th century.

Tiny monastery & Corfu emblem in the middle of a bay, with views of airport traffic overhead.

The Old Fortress of Corfu is a Venetian fortress in the city of Corfu. The fortress covers the promontory which initially contained the old town of Corfu that had emerged during Byzantine times. 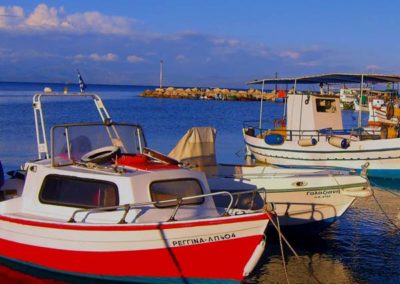 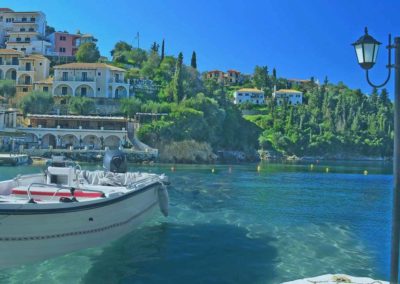